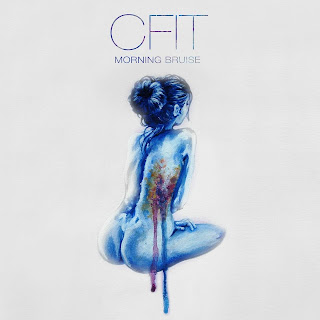 The affablly Irish cfit (whose boss album Triage I featured back in December) are back at it with a follow-up EP, "Morning Bruise," which will be released September 2nd, through all major online outlets, and is also currently available for preorder via their bandcamp page. Pre-order is 4 euros, which is like 5 U.S. bucks and change, and if you pre-order you get the instant download of the lead track "Coke & Spiriters" (featured below), which is a very pretty song, and the good karma that comes with supporting quality art. So get you a taste here, then go to their bancamp page and pre-order!

FYI, the other three songs on "Morning Bruise" are just as enjoyable as "Coke & Spiriters." The track "Tenderfoot" has a Radiohead-esque quality. The six and a half minute "Spitefuck" builds up to a quick release of rockin' guitar that feels like the beginning of a Sonic Youth style guitar-noise solo, and left me wanting more, in a good way. "Heliophilia" is a bright track that nicely demonstrates what cfit seems to do best -- traditional-type rock songs that skirt along the edge of quality noise-experimentation.

I get really self-concious when trying to describe music on CNQ. I don't want to sound like a pitchfork review (You know, something like "The album is a cornucopia of subliminal, bubble-rock post-art -- a bevy of luminal structures that obliquely reminds me of the time my pal Charlie took a road trip to Lawrence, Kansas in college," followed by a six paragraph long description of Charlie's road trip with no further mention of the album). So anyway, I try to keep in mind I'm a fan, not really a critic, so mostly I just try to present some info about the tunes or the band featured, present the sound, and then leave the expousin' and profoundin' to better bloggers than me. Here, as you can tell, I tried a little expousin' on what I heard in "Morning Bruise;" if I sound like an asshole pretending to be a music critic, it is because I am, in fact, just that. Anyway.