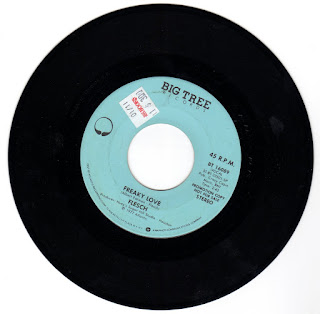 Okay, starting with just what's on the disc, as I got it sans sleeve:

I love this hobby. When I picked this 45 up from the Half-Price Books in Dallas earlier this year, I only did so because it was titled "Freaky Love" and it was $3.00. Now, after an hour's worth of internet research, I know a little about that cat Albert Eatmon; a wikipedia's entry worth on producer (and convicted sex offender) Huey P. Meaux; and the historic Sugar Hill Recording Studio of Houston (whose current President and CEO is Dan Workman, who was in Culturcide, which oddly enough I only just became aware of last night after a reference to them on the music blog Cheap Rewards). Boss!