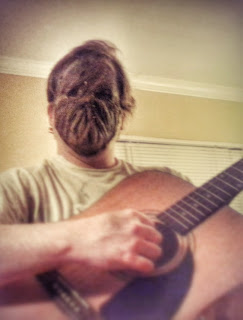 Oh man, I love Halloween novelty songs. Monsters are up to all sorts of monkeyshines. Here's a new one I found this season, courtesy WFMU's Rock'n'Soul Ichiban:

Googling that song I also found this different Witches Brew:

Hey girls, you know those sexy occupation costumes (sexy cop/sexy terrorist/sexy Mr. Peanut)? Let's get back to monsters, I say. Monsters can still be sexy! Elvira, to wit. A very sexy monster. Monstress. This song was written by Holly Knight, who wrote Tina Turner's "Better Be Good To Me," Heart's "Never," and a lot of other stuff for big names. She also co-wrote Pat Benetar's "Love Is A Battlefield" and Animotion's "Obsession," AND my favorite Aerosmith song, "Rag Doll," which she co-wrote with Aerosmith. Whoa. I had no idea.

From a great album:

My buddy turned me on to this cheesy Canadian goodness. It's not really a Halloween novelty song but I've been meaning to share it:

Youtube suggested this to me based on that Thor video - "Bewitched" definitely fits the Halloween theme, but it's not really a novelty song per se (though it is hysterical):

Happy Halloween. On a sorta related note because the cover is kinda Halloweeny and it's scary how good the album is, don't forget to listen to Run the Jewels 2. The Internet is hailing it as the end of the beginning for hip-hop ya know and I dunno if it's 100% that apocalyptic; it's easy to get caught up in joy over a great album and declare nothing else can come after it. But I'll agree that it is next level bonkers and it's fun to have a new favorite thing. The wife and I love it. I've had it on non-stop for the past two days.